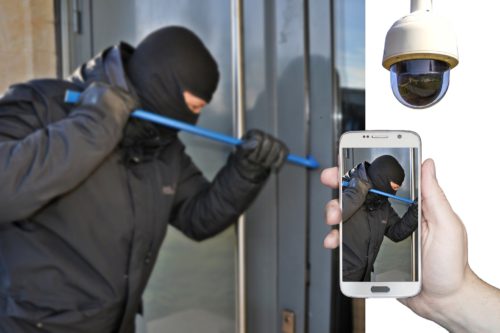 Five years ago, VinTech attended a workshop where we got to hear security tips from convicted burglars. The burglar awareness class was presented by the Chicago Police department. This past August, New York’s NBC channel produced a similar four part series. Both workshops included tips from convicted burglars so we want to make a comparison to determine whether they give similar responses. We also asked if they used similar tactics in their crimes.

The following 5 questions were asked both in the 2011 workshop and the 2016 survey. Take a look at what they have to say.

2. Where did you first look for valuables?

In the survey, as much as 75.4% said they go straight to the bedrooms, with both sources said they first look in the master bedroom.

3. Are Burglar alarms or surveillance cameras a deterrent?

As much as 42.1 % said they would leave immediately if they discovered a home or apartment with an alarm system. Cameras also proved effective at 36.8%. In the workshop, answers were mixed  Most said, “I don’t like alarms.”  Others said the alarm would limit the amount of time they’d spend in your home.

4. Would you break into a house or apartment if there was a dog inside?

In the survey, almost 37% said yes. They use food to distract dogs while they commit the crime. In the workshop, their answers were mixed. Some said “yes, I don’t like big dogs”. Others said it depended on the breed. But most said it wasn’t a problem.

5. What is the number one advice to prevent being a target?

In the workshop, 5 out of the 8 men, said nosy neighbors! One burglar said he hated being watched by the people sitting on their porch, drinking their morning coffee as he was walking up and down the street surveying homes.In the survey, burglars said there is nothing more effective than a neighborhood watch. Yes, it may be difficult to believe that burglars just walk into homes with minimal effort. But after all, burglary is a crime of opportunity.

A convicted burglar acknowledged that he looks for activity inside the home, so people are better off leaving a radio or T.V. on. rather than using light timers. Another man from the survey mentioned that placing all valuables in one place makes it easy for thieves. Therefore, it is best to arrange several hiding places to hide valuables. If a burglar finds one of the stash spots, he might be happy enough to stop looking or not be clever enough to find all the hiding spots and so maybe he won’t get away with all your valuables. Taking these measures into consideration can help us outpace this criminal activity.

To read more questions and answers from the workshop read part 1 and part 2 of our blog.

Should you scan that QR code?

Have you ever thought that the QR code you're about to scan can harm you?…

6 Less Common Reasons your Smoke Detector is Set off

Smoke detectors can be life saving when they are working properly. Unfortunately, this was not…

In previous posts, we have discussed the importance of Physical security like security cameras, alarm…