Creepy footage captured at a haunted pub. Security cameras capture all sorts of footage. They often prove to be a witness for crimes and incidents. However, sometimes camera footage can look too creepy to be true. A pub in Great Britain has release video footage of some strange occurrences. While beautiful on the outside and in its interior decor, this place has employees and visitors’ on edge. Strange things frequently make their hairs stand on end. Cameras often capture strange footage. In different occasions, the furniture moves by itself and some said to have seen moving shadows.

What do you think? Is it real or an illusion?

Follow the link below for more details and of course the video footage. 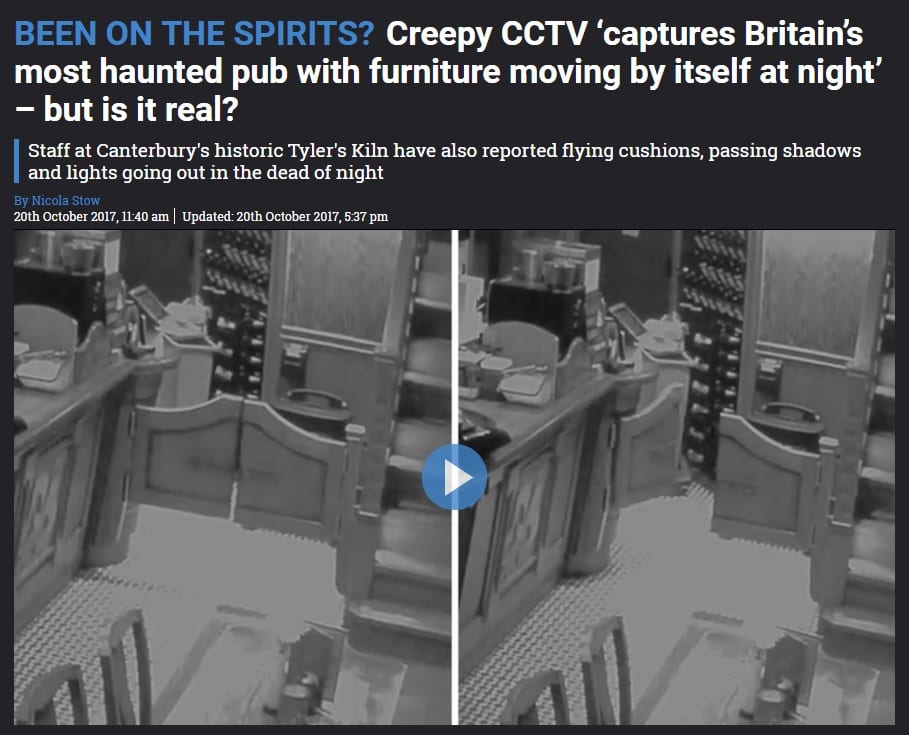 https://www.thesun.co.uk/news/4727086/uk-most-haunted-pub-cctv-video-tylers-kiln-canterbury-kent/
For a FREE consultation and estimate, and for all of your security concerns and questions, contact us.
Get In Touch
Back To Top