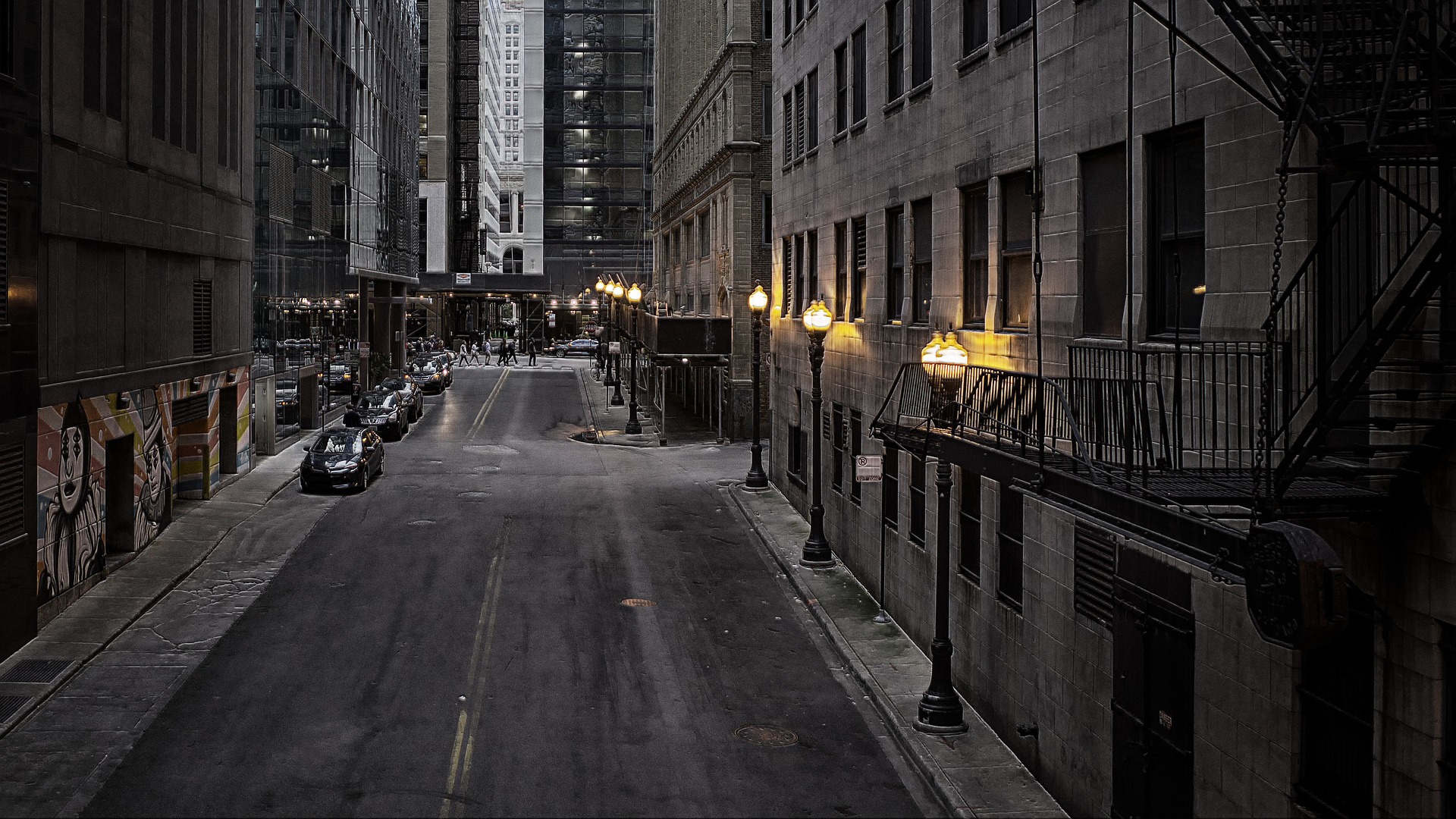 In 2022, the City of Chicago saw a 65% increase in theft, 29% increase in burglaries, and 19% increase in robberies. Additionally, multiple large companies announced their relocation to different states in the US. One of them, Citadel, citing crime as a primary reason.

But what about small business and residential homes that have strong ties to the Chicagoland and don’t want or can’t afford to leave?

Feeling secure is not a commodity but a necessity for Chicago residents.

A VinTech employee who lives in Bowmanville, a family-friendly neighborhood in Chicago, says she had always felt safe living there. Then last week, a string of robberies close to her home  started to make her feel uneasy.

That Monday morning, she heard helicopters in the area for several hours.

The suspects were later arrested in Lincoln Square but not before 2 people were assaulted and the car that was used for the crimes crashed against a city truck.

Then a few days later, she opened her Nextdoor App to write this post:

“This morning, Wednesday Dec 21st, at around 3:05 a.m. I woke up to three gunshots that were at very close proximity. This occurred near Farragut and Hoyne in the Bowmanville neighborhood. Can anyone tell me if they heard them too? I’m shook because they sounded so close.”

Dozens of neighbors commented with support and what they were already doing as a response to the incident. Unfortunately, many agree that even when the act of violence is not directed at you, it can disturb your peace and routine.

Security cameras are not new to the City of Chicago who has a network of more than 50,000. In addition, last year’s Home and Business Protection Program provided a rebate for residents to install new outdoor security cameras. 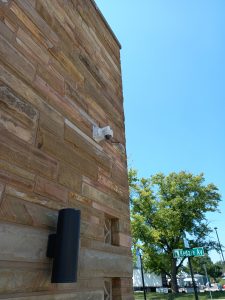 In order to improve safety, one of the program’s requirements was to connect these public cameras to The City of Chicago’s Office of Emergency Management and Communications.

The OEMC is a “state-of-the-art unified video surveillance network” that officials and Homeland Security directors access “during emergency situations and after appropriate notification has been given.”

As part of the process, our technicians connected new camera systems to this network and trained clients to manage their new system. Additionally, our office staff provided guidance and the documentation needed to apply for the rebate.

Deter criminals.
Most criminals want to commit a crime and move on to the next “best thing”.

Outdoor security cameras are different from other security systems because they are visible BEFORE the crime is committed. In conjunction with warning signs, they work to increase the perception that would-be criminals could be caught and punished.

Provide evidence.
One thing that most Chicago residents will agree is that they don’t want offenders getting away with crimes.

Security cameras can capture criminals in the act but most importantly, they capture details. High definition security cameras can give significant clues like face features, tattoos, and vehicle license plates. When an incident occurs in front of your business or residence, you’ll be glad to have footage to provide as evidence to the police.  And with the video surveillance network, they will access the footage almost right away.

Why is a burglar alarm a necessity?

A burglar alarm can help decrease those chances and is one of the most cost-effective solutions to secure a home or business.
Get back your peace of mind. 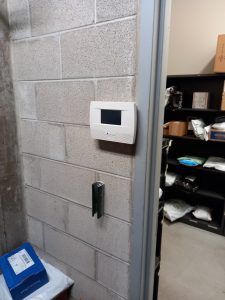 An alarm system works with sensors. When a sensor is triggered, there’s a physical and electronic notification. The physical alert is useful if you are inside the home or business and to alert neighbors.

During the night, you can fall asleep more peacefully knowing that you’ll be alerted if someone tries to break into your home or business. This is a simple proactive action that can give you that peace of mind back.

When a professional company monitors your alarm, you’ll also have a faster response from the police and it’ll buy you some time to take charge of the situation.
Safety routine in Place.

Did you know that the most common points of entry for burglars are open doors and windows?

When you have a burglar alarm, it’s easier to be in control because it becomes part of your routine. If there are any tips you’ll ever want to follow are these three: Lock all doors (including the garage or back doors for businesses), lock all windows, and arm your alarm.

A burglar alarm can be controlled remotely. From a phone App, you can arm and disarm your system, control your thermostat, and other smart devices. Everyday actions, overtime increases protection and reduces loss of valuable items and resources.

Want to discuss which system is best for your property?

Contact us with your questions at info@vintechnology.com and join the network of Chicago residents who are already using their systems to improve safety in their lives and neighborhoods.

Recent incidents that have been caught by businesses and residential cameras.

Robberies – Armed robbery in Lincoln Park of a woman who was visiting daughter from Wisconsin for Holiday shopping.
Carjackings. Carjacking assault caught on camera. Victim fought to get her dog out of the car.
Disappearances. The Wiener’s Circle provided footage that helped in the disappearance of Northwestern student Peter Salvino.

Why Hire Small Business VinTech Systems for your Next Security Project.

As a small business, VinTech Systems has been serving the Chicagoland area for more than…

Can a Smart Thermostat Save you Money?

Can a Smart Thermostat Save you Money? The energy profile of your apartment, home, or…